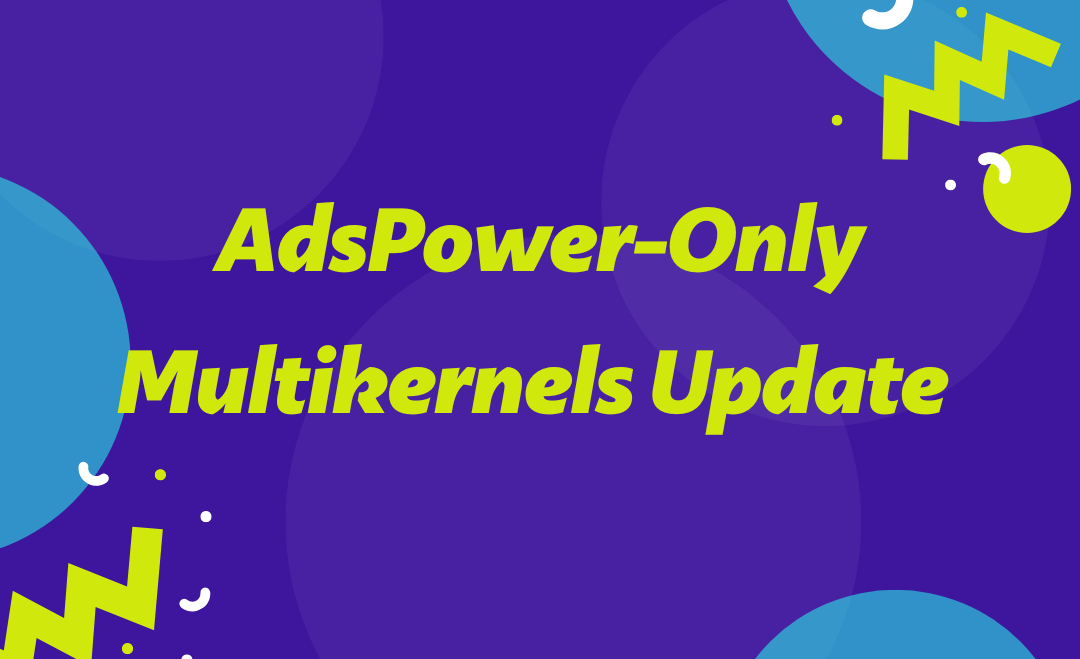 Earlier this year, AdsPower released a multikernels update that allows users to open browser profiles on different kernels. This industry-first feature has been well developed since then and now already provides three kernel versions to select from. Here we are going to talk about how it works to increase undetectability and prevent your accounts from bans.

The importance of browser kernel

At the early stage of antidetect technology, browser fingerprints were at the very center of focus as they were considered to be key elements of a stealth solution. As for browser kernel, "an engine that renders web pages" was everything that could be thought of it. This understanding led to rapid development of fingeprint simulation, yet browser kernel update failed to keep up with the trend.

As our research at AdsPower digs deeper into fingerprinting and anti-fraud systems, we found that the pattern of new kernel and old fingerprints, or vise versa, was losing trust to many websites. Different versions of browser kernel render web pages differently. Although the differences are so slight that human can barely identify them, but websites will never miss them. While the majority of users use the latest version of kernel through automatic browser update, the match of old kernel and new fingerprints is almost the equivalent of abnormal activities and could easily be flagged.

Under this circumstance, a wide range of versions became a disadvantage, making it easier for websites to pick up on discrepancies between kernel and fingerprints. For instance, inconsistency between kernel 90 and fignerprints 100 is way more obvious to be noted than between 90 and 91.

To address the problem we illustrated above, we improved our development mechanism to update the browser kernel more frequently, while staying tuned to changes in browser fingerprints to sharpen up fingerprint simulation. Moreover, instead of being stick to solely Chromium kernel, we added Firefox kernel to our software, becoming one of the few antidetect solutions that offer a choice of Chromium- and Firefox-based browsers, both with regular updates.

Then another problem occurred. Browser kernels are evolving quickly. But that doesn't mean the latest version is always better than previous ones. It's not rare that users prefer older kernels because of greater stability and better compatibility. In this case, users would require using older versions of browser kernel. New release with updated kernel alone no longer 100% fits in here.

Thus, in April 2022, we launched the multikernel feature that allows users to open browser profiles on different kernel versions, no matter it's Chromium or Firefox. Users can also manually choose the fingerprint version, or the UA version, that is identical to the kernel version. If you don't know which kernel to use, the unique feature Auto-match can help you out. It's a default setting that automatically picks up the latest kernel version for the new profile.

AdsPower's multikernel method broke the traditional masking pattern in the antidetect industry, making accounts more trustworthy and thus preventing them from bans. Within this framework, you can expect higher level of safety from AdsPower.

The multikernel feature is available for AdsPower v.4.4.21 and following versions. In the latest version you will have three kernels: 92, 99 and 102. All kernels are automatically downloaded whenever the user needs them. To use this feature, visit the download page and get the latest version.